Last Christmas Eve I served several pans of lasagne to the 25+ people around our table. Recently, my niece asked for the recipe so she could make it for her husband's birthday. He enjoyed it and gave a shout-out on Facebook. Now, several friends have asked for the recipe. So here is is . . . well, kind of. 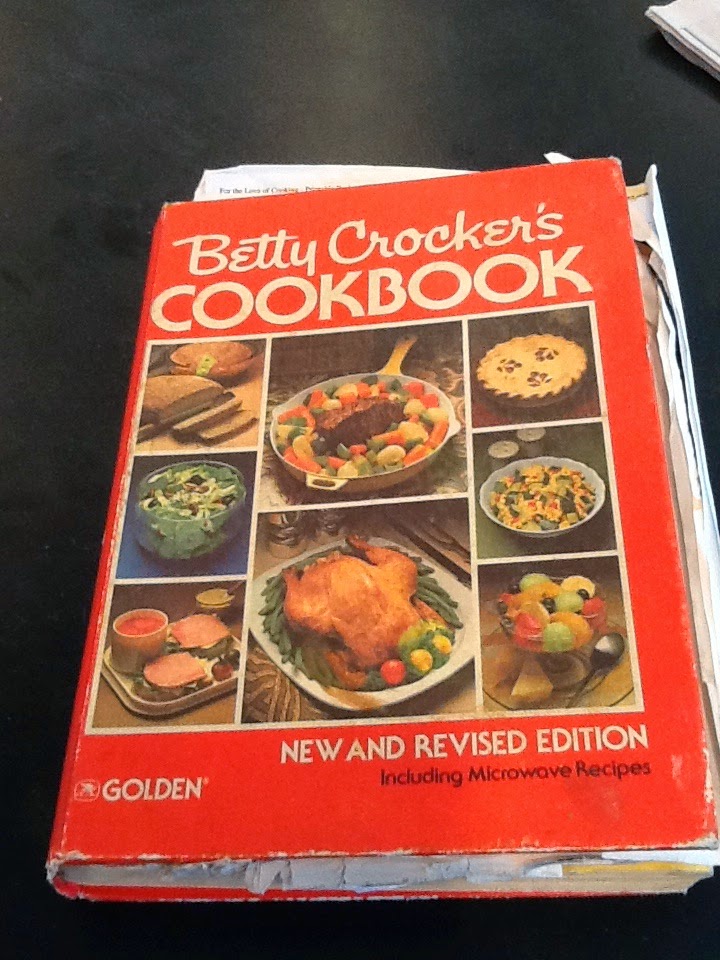 Upon reflection, I realize that many of the meals I cook start with a base recipe from a cookbook and/or a canned sauce that I customize and enhance to my liking. Also, I tend to use measurements and ingredients as a guideline, not as a firm requirement . . . I eyeball a lot of things. This particular "recipe" incorporates the Kirkland marinara sauce from Costco, my fondness for cheese, and *some* elements of the lasagne recipe from the Betty Crocker Cookbook, (truth be told, it bears little resemblance to Betty Crocker's guideline ; ) I do open that cookbook to page 54 every time I make lasagne, mainly to remind me,  in a general sense, how to make lasagne and how long and at what temp to bake it, and I ALWAYS add more cheese (about double) than what the recipe calls for!).

Sauce:
1 package of lean ground turkey (from Costco--approx 1 1/2 pounds . . . I have less luck with "extra lean")
1 (2 lb) jar of marinara sauce (from Costco--you could substitute your own sauce recipe)
1 or 2 small cans of mushrooms (optional)

I begin by browning the ground turkey, then I add the marinara sauce (I only drain the ground turkey  if the liquid looks particularly fatty). Sometimes I also add a can or two of mushrooms (drained). I let the sauce simmer while I work on the cottage cheese layer mixture.

I mix the cottage cheese with 1/4 cup of shredded Parmesan cheese, the dried parsley flakes and the dried oregano leaves. (I do not add the salt that the official recipe calls for re: the marinara sauce and bonus cheese I add provide plenty of salt)

I cook the lasagne noodles as directed on the package.

Now comes the fun part: The layering of ingredients. I use a 13x9x2 pan (ungreased). I cover the bottom of the pan with three noodles, then a I spoon on about 1/3 of the sauce, then 1/2 of the cottage cheese mixture and 1/2 of the grated mozzarella (but as I mentioned, I'm very generous with the mozzarella, and instead of measuring, I just sprinkle handfulls of cheese to make sure each layer has a nice covering of cheese). For layer two, I repeat the steps for layer one. For layer three, I include the noodles, the remaining meat sauce and then a layer of grated Parmesean cheese (again, I don't really measure, but instead put a nice coating of Parmesean cheese on top).

I often pop the lasagne in the fridge overnight and then cook it the next day, or I put directly into a pre-heated (350 degree) oven for 45 minutes (uncovered) and then let stand for 15 minutes before cutting/serving. (IF I put into the fridge overnight, then I bring it out of fridge about an hour or so before cooking, and I cook it for closer to an hour).

I serve it with a green salad, a nice loaf of bread, and a glass of red wine (unless I drank all of the wine while I was cooking). Cheers!
Dawn Babb Prochovnic at 1:25 PM
Share